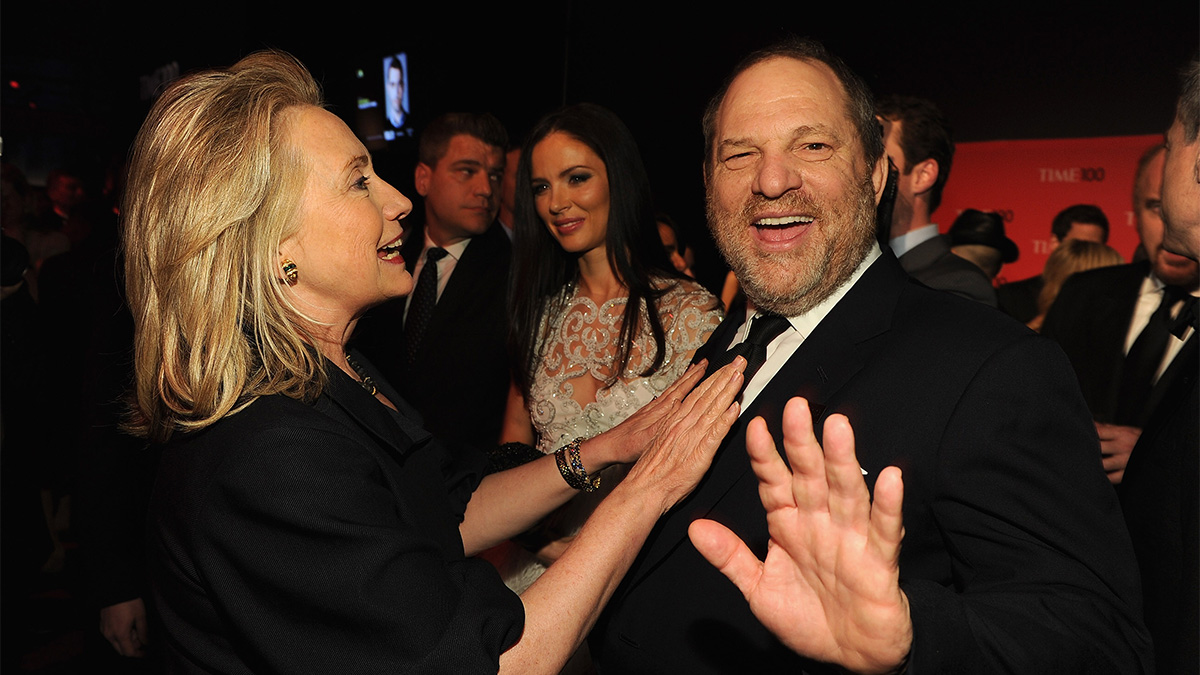 When Brands Betray Us

At the root of the Harvey Weinstein scandal is a very real sense of betrayal. A new study explores how consumers react when their brands fail them catastrophically.

Harvey Weinstein dominated the news this week. The revelations of his abusive, predatory behavior set off a firestorm that drove a who’s who list of celebrities and politicians to speak out against him and create distance. Meanwhile, women all over the country shared harrowing stories of their own experiences with men who assume that their advances are always welcome, and that the quid pro quo of access for sex is equitable and part of doing business.

Weinstein’s alleged actions are horrific and disturbing. The testimony from those who accuse him portrays a man who was all-too comfortable with the power he wielded in Hollywood, and all-too willing to exert it for his carnal interests. The story sits at ground zero of the gender gap, and it reminds us that perhaps the more things change, the more nothing has changed.

When I read the story, my initial reaction was one of bafflement. Was anyone really surprised by the allegations? Within the industry, Weinstein’s reputation as a brute is legion. But the more I thought about it, the more my stomach turned.

Barely two weeks before the New York Times broke the story, the same paper published a charming interview with Dame Judi Dench, who revealed to Maureen Dowd that she had “JD loves HW” tattooed on her derrière. HW being Harvey Weinstein, of course. The tattoo was placed “in gratitude for Harvey making her a movie star.” I also recalled that Weinstein was a major contributor to, and outspoken advocate for, Hillary Clinton’s presidential campaign. And that Malia Obama had recently served as an intern at The Weinstein Company. Hollywood royalty and dynastic political leaders had helped shape a brand image for Harvey Weinstein—an image of a champion for women.

Many have speculated that this brand image was deliberately set by Weinstein to shield his predatory behavior. Indeed, sexual predators often engage in public acts of benevolence to weaken charges of misconduct. But the disparity between the two images—the benevolent protector vs. the ruthless abuser—lies at the heart of why this story continues to headline the news every day.

In a forthcoming study that will be published next year in the Journal of the Association for Consumer Research, brand betrayal is defined as “an emotional state evoked when a brand with which one has previously established a strong self-brand connection fractures a brand relationship by engaging in moral violation.” The words moral violation are important. Brand betrayal occurs when the actions of a brand violate our trust and our values.

The comprehensive study was co-authored by one of my marketing mentors, Deborah J. MacInnis. She and her colleagues (Martin Reimann, Valerie S. Folkes, Arianna Uhalde, and Gratiana Pol) set out to distinguish brand betrayal from other forms of brand dissatisfaction. They found that unlike dissatisfaction, betrayal leads consumers to feelings of psychological loss, self-castigation over their past relationship with the brand, indignation, and rumination—an almost obsessive feeling of being unable to let go of the transgression. Their experiments found that whereas dissatisfaction provoked analytical criticism (usually grievances about the brand’s performance), betrayal yielded a profound emotional response.

The dividing line is set by the conditions I outlined at the start—a disconnect between truth and reality. Brands gain value through a series of experiences and interactions, each guided by a tacit promise. By consistently meeting or exceeding the expectations of that promise, a brand’s equity rises. When that equity is sufficiently strong, a brand can endure poor performance on occasion. But a betrayal is a different matter. When a brand betrays us it breaks more than our hearts. It breaks our trust. Sometimes, it breaks our perception of the world we thought we knew.

BP established itself as a progressive energy company that aimed to be a steward of the environment. Then it betrayed us with negligent operations in the gulf. VW made us fall in love with the stylish pragmatism of German engineering. Then it betrayed us by gaming emissions tests. Uber revolutionized the way we get around, liberating us with egalitarian technology that improved upon a broken system. Then it betrayed us when we learned that the company was hostile to women and shady in its competitive behavior and regulatory compliance.

In each instance, the betrayal was significant enough to change consumer behavior. Each instance was fixed in media fascination because of the moral outrage people felt when the brand image was revealed to be in opposition to the brand reality. And Harvey is no different. Harvey Weinstein influenced moviegoers for decades. Through his unconventional casting choices, bets on young and unknown filmmakers, and relentless hunt for great storytelling, he appeared to be a progressive voice in an industry known for formulas and sure bets. Then, he betrayed us. And the reason the story won’t go away—the reason we are outraged by yet another case of a powerful man unmasked as a monster—is because he violated the essence of the brand we wanted to believe.

The case of Harvey Weinstein offers a strong lesson to brand leaders. As people around the country ruminate over his egregious acts the question that is most asked is “why didn’t anyone stop it?” Accusations are flying about how much insiders really knew. My own opinion is that, just like cases at BP, VW and Uber, people close to Harvey probably knew a lot. They just didn’t want to see. Their willing blindness now indicts the vision of the brand they were supposed to steward. We were betrayed. Not just by Harvey, but by the people who looked the other way.