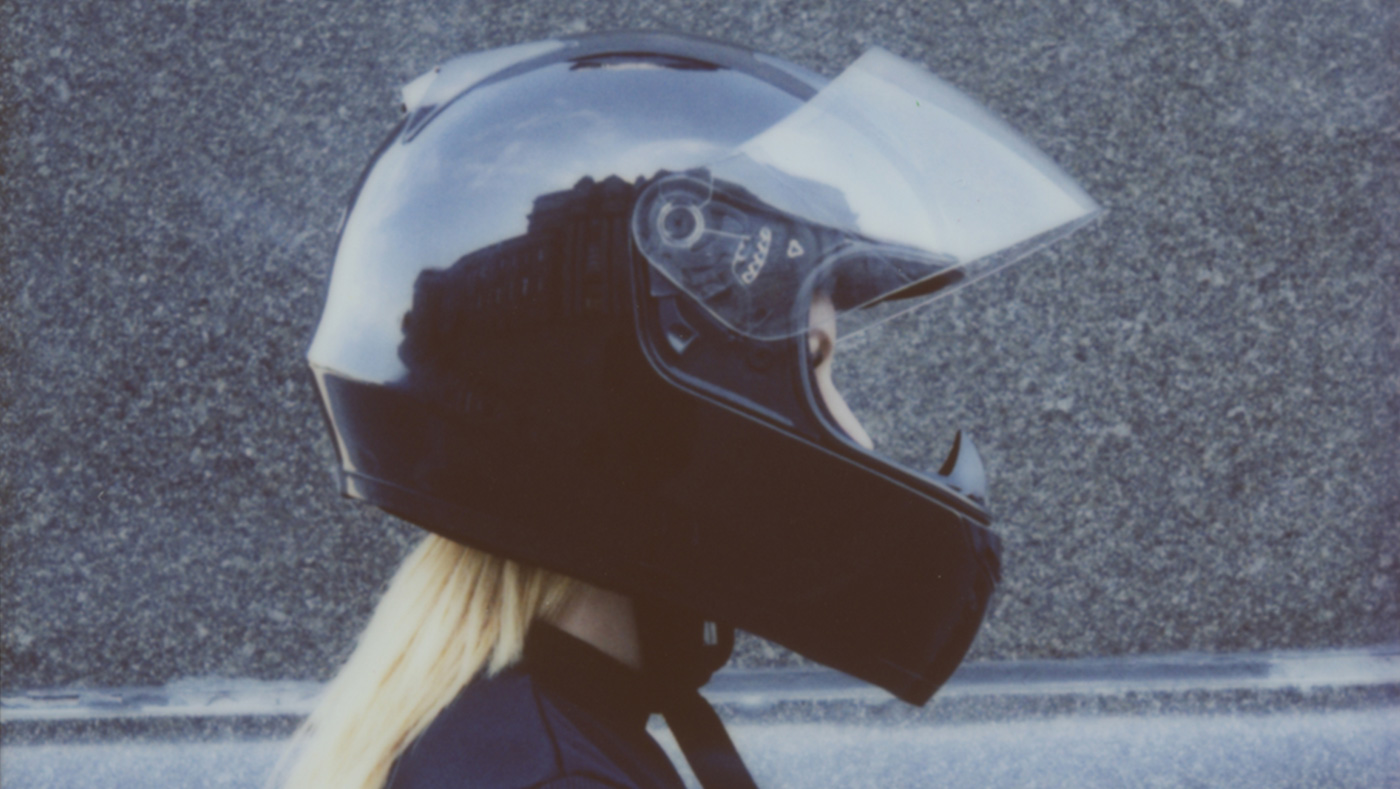 Feminism is making a come-back and marketers have latched on. But do female-forward campaigns achieve their goals? In this episode of the podcast we interview Heather LeFevre, Linda Ong, and Shelley Zalis for answers.

Fearless Girl was the darling of the 2017 advertising awards shows. It rode a new wave of feminism that spanned from the Women’s March to the #MeToo and #TimesUp movements, leading Time Magazine to declare “The Silence Breakers” as the annual person of the year.

In this episode of The Findings Report Podcast we delve into female-forward marketing strategies. From Dove’s Real Beauty campaign to Always Like A Girl, we dissect the initiatives that succeed in forging a connection with women. And … those that don’t.

Guests Heather LeFevre, Linda Ong, and Shelley Zalis provide analysis and insight into best practices and the brands that are making a real impact.

You can check out the Suitsupply women’s campaign mentioned in the show here. 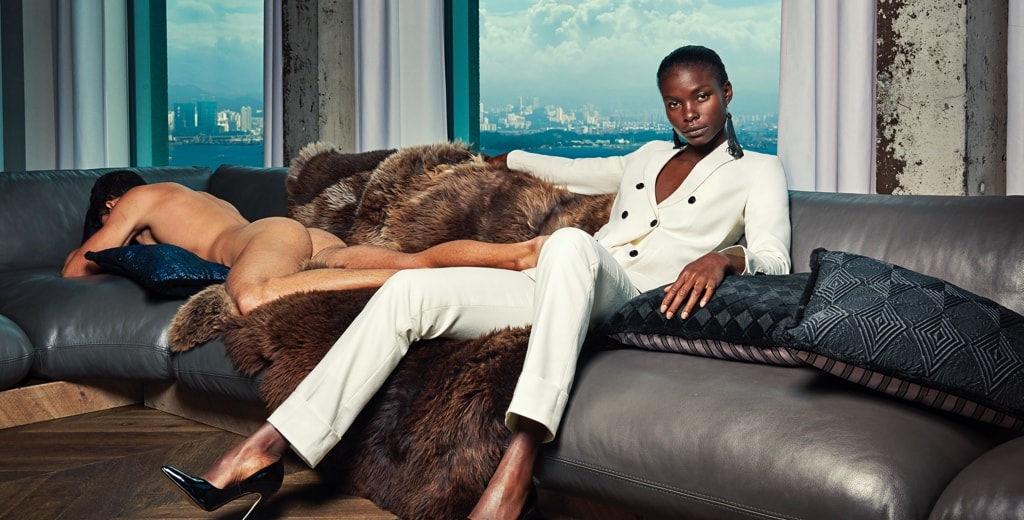 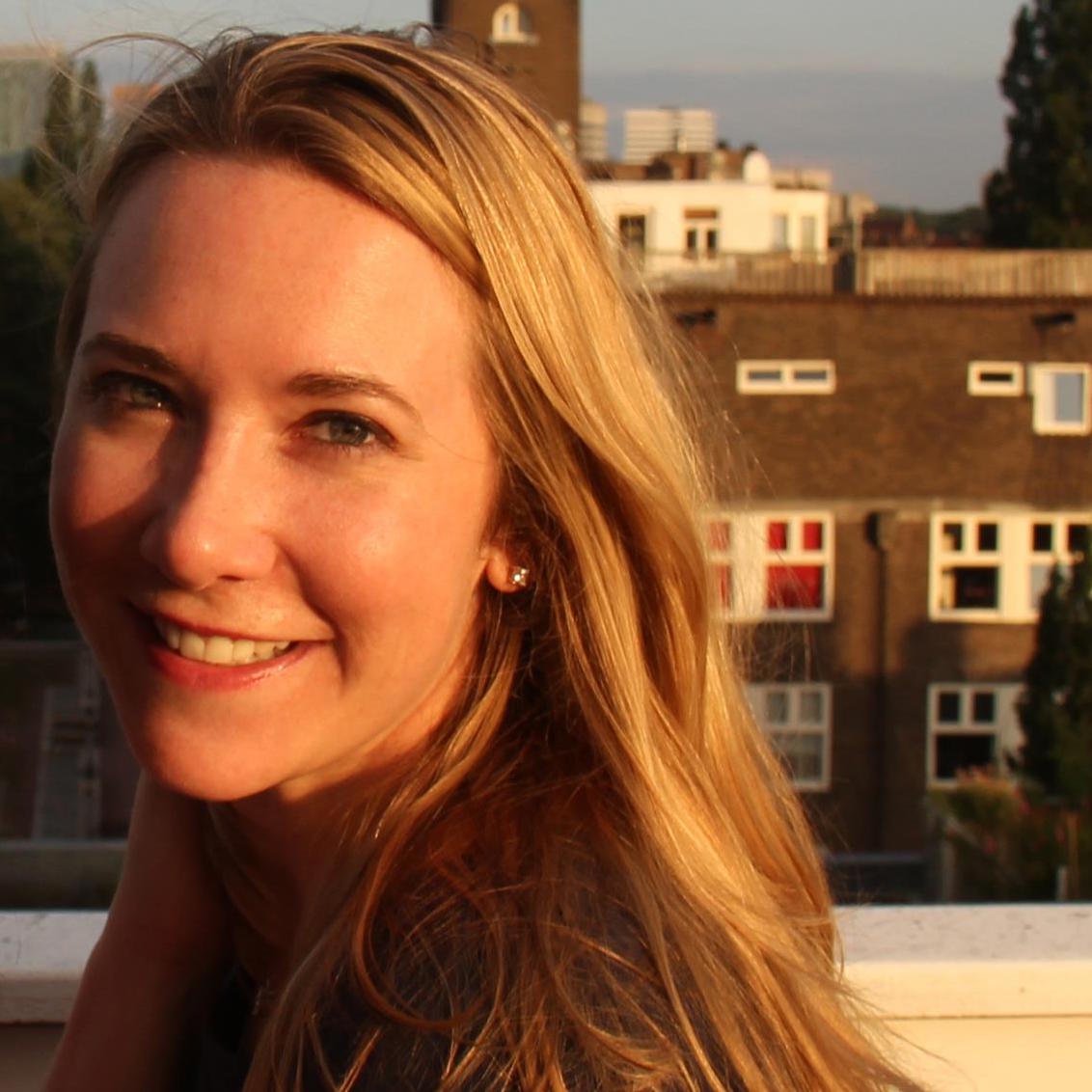 Heather LeFevre has 18 years of experience defining, launching, building and repositioning brands for success. Through her work with challenger brands such as Burger King and Philips, she has identified new ways to generate momentum in today’s rapidly changing marketing environment. Notable work accomplishments include a Grand Effie for Whopper Freakout and Cannes winning Whopper Sacrifice.

Heather is well known in the industry for having a learner’s mindset. Her book, Brain Surfing the Top Marketing Strategy Minds in the World, chronicles the year she spent apprenticing herself to nine notable strategists around the world while living with them in their homes. She has traveled to 35 countries and consulted with many of the world’s most successful brands. For the past year, she has been deeply exploring cultural fragmentation in America by driving across the US experiencing the tectonic societal changes first-hand by working on a cannabis farm, visiting the Minnesota State Fair, and attending the Red Pill Conference in Montana, a conspiracy theorist convention. 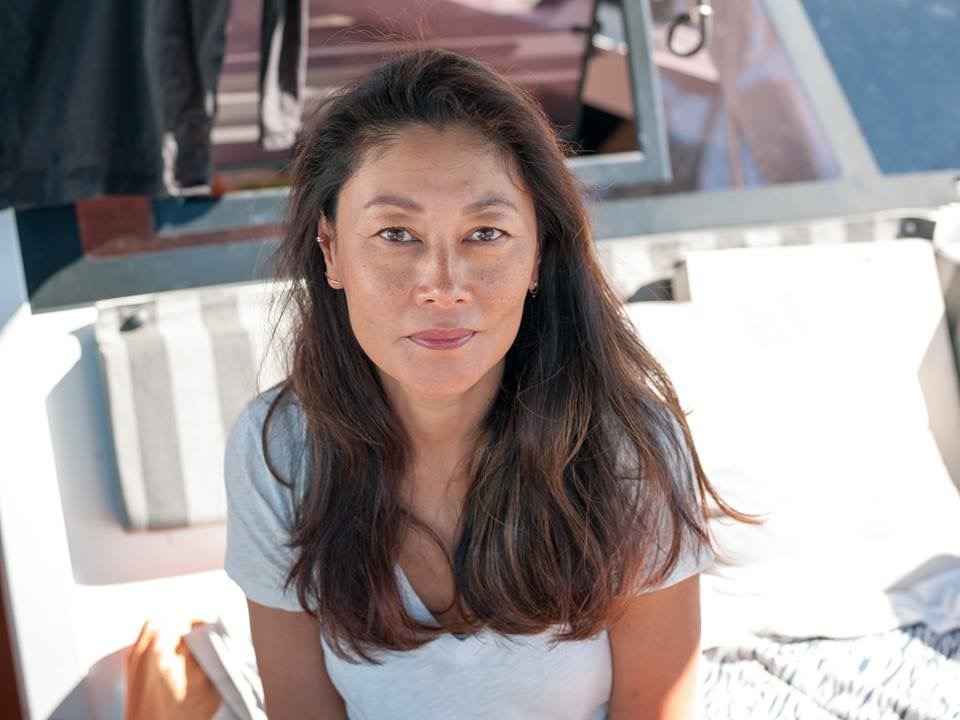 Formerly the CEO and Founder of TruthCo., an omnicultural branding and insights firm, Ong has been at the center of some of the most high-profile brand transformations in the media and entertainment industry over the past 20 years and was named one of Fast Company’s 100 Most Creative People in Business for 2014.

Her groundbreaking work on cultural insights related to women, Hispanics, Millennials and other drivers of the changing cultural landscape has positioned Ong as a sought-after cultural advisor and industry voice. She has been featured in several books including Joel Beckerman’s The Sonic Boom: How Sound Transforms the Way We Think, Feel, and Buy; Scott Stowell’s Design for People; and Chiqui Cartagena’s Latino Boom II.

Recently named to the advisory board of Women in Entertainment, Ong served as “Innovation Ambassador” to the 2014 United Nations World Summit on Innovation and Entrepreneurship and a delegate to the 2016 United Nations Media for Social Impact Summit. She is a founding member of the Creative Alliance for Civic Nation, a non-profit, non-partisan organization started by the former President and First Lady, Barack and Michelle Obama, to address some of the nation’s most pressing challenges.

Prior to founding her own shop, Ong was senior vice president of marketing for Oxygen Media, where she oversaw the multi-platform launch of the Oxygen Network. Before that, she was managing director of strategy and creative director for Lee Hunt Associates, a segment producer for Videofashion! Inc., and an art director for McCann-Erickson USA. She is a graduate of the University of Texas, Austin. 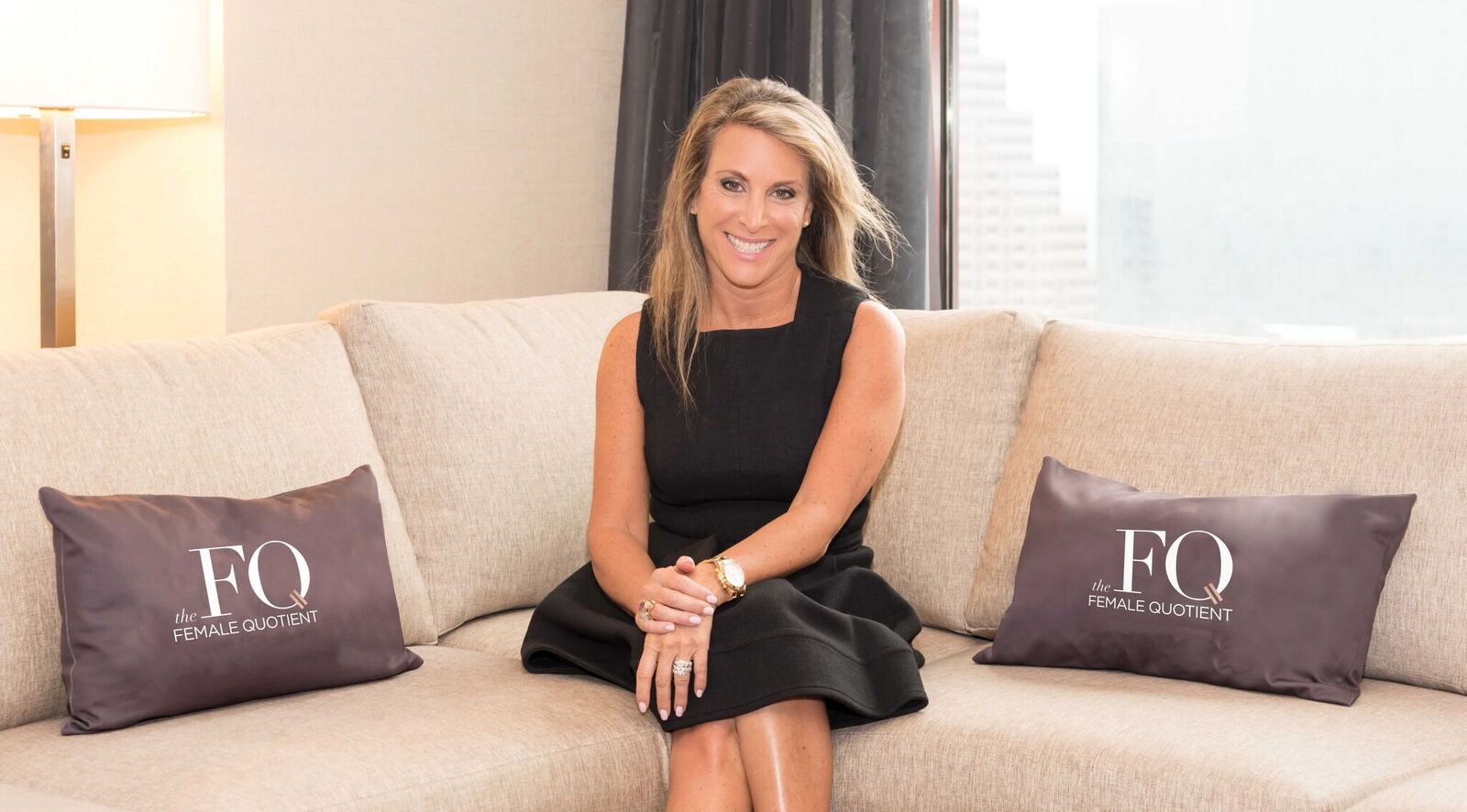 Shelley has gone against the grain most of her career, starting in 2000 when she left the corporate world to pioneer online research. Shelley created OTX (Online Testing Exchange), which in just nine years became one of the largest and fastest growing research companies in the world. She sold OTX to Ipsos in 2010, where she led global innovation in over 80 countries.

As the first female chief executive ranked in the research industry’s top 25, she changed the game, brought emotion and passion to the boardroom and has devoted herself to becoming a mentor and friend to women and leaders in her industry. Her most recent endeavor includes launching The Female Quotient and Girls’ Lounge which supports and mentors women to find their voice, embrace their feminine leadership powers and work together to transform corporate culture. Shelley is also the host of a new Bloomberg series titled “Walk The Talk” focused on gender equality and the critical importance of women in executive leadership.

Shelley is destined to innovate and create meaningful change. She is the Co-Founder of the ANA’s AFE #SeeHer initiative and a board member of She Runs It (Formerly AWNY), I Am That Girl, Dress for Success, The Women Economic Forum, ColorComm, The Foundation for Exxcellence in Women’s Health and the Women’s Military Symposium. Shelley has been awarded the Ernst & Young Entrepreneur of the Year award, Global Marketing Leadership Award, ARF Great Minds in Innovation Award and AWNY’s Game Changer Award. Shelley has also been inducted into the IRTS Hall of Mentorship and has been honored by girls inc. for her achievements as a business leader. A pioneer, a wife and a mother of three, she successfully juggles between CEO and Mom.

Check out The Female Quotient Anthem 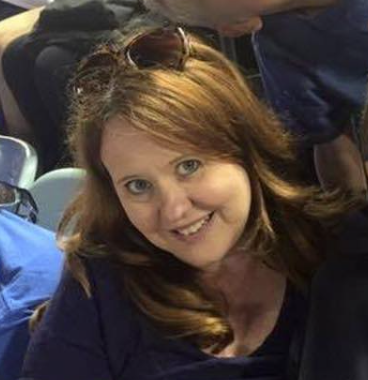 Cathy Biermann is a voice over artist in Los Angeles. She studied at the University of Southern California but doesn’t hold anything against you if you are a Bruin. She is an avid Green Bay Packer fan in good seasons and bad. When she’s not busy talking on the mic in her booth she spends her time with her two sons and is very active in the PTA. Oh and she writes a beer blog. #CraftBeer #StopDrinkingBadBeer 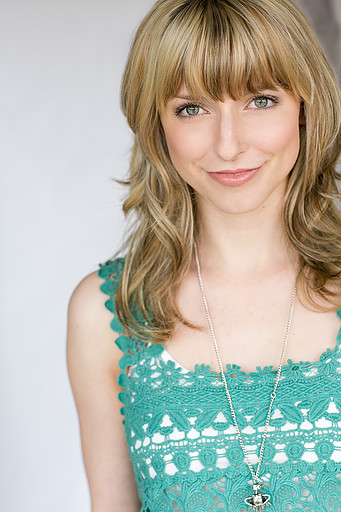 Haley Mancini is a performer, writer, host, and voiceover actress in Los Angeles. She has studied and performed with the Upright Citizens Brigade, Boom Chicago in Amsterdam, The Groundlings, and iO West. ​ Haley is a story editor and the voice of Princess Morbucks on “The Powerpuff Girls” for Cartoon Network. Her episode “Once Upon a Townsville” was nominated for a 2016 Emmy Award. She has also written for Nickelodeon’s “The Loud House,” for which her episode “No Guts, No Glori” is an honoree at the Annecy Festival 2017 in Annecy, France. She has also written for ABC’s “Paper Dolls” (adult sketch comedy) and has an adult animated show in development. She does voiceover for series, games, commercials, and dolls.

Look for her on this season of “Shameless”, but you may also have seen her in “Mad Men”, “24”, “Weeds”, or on the long-running daily HULU show, “The Morning After”. She has also starred in a number of popular webseries, such as Comedy Central’s “Video Game Reunion” and “The Most Popular Girls in School”.