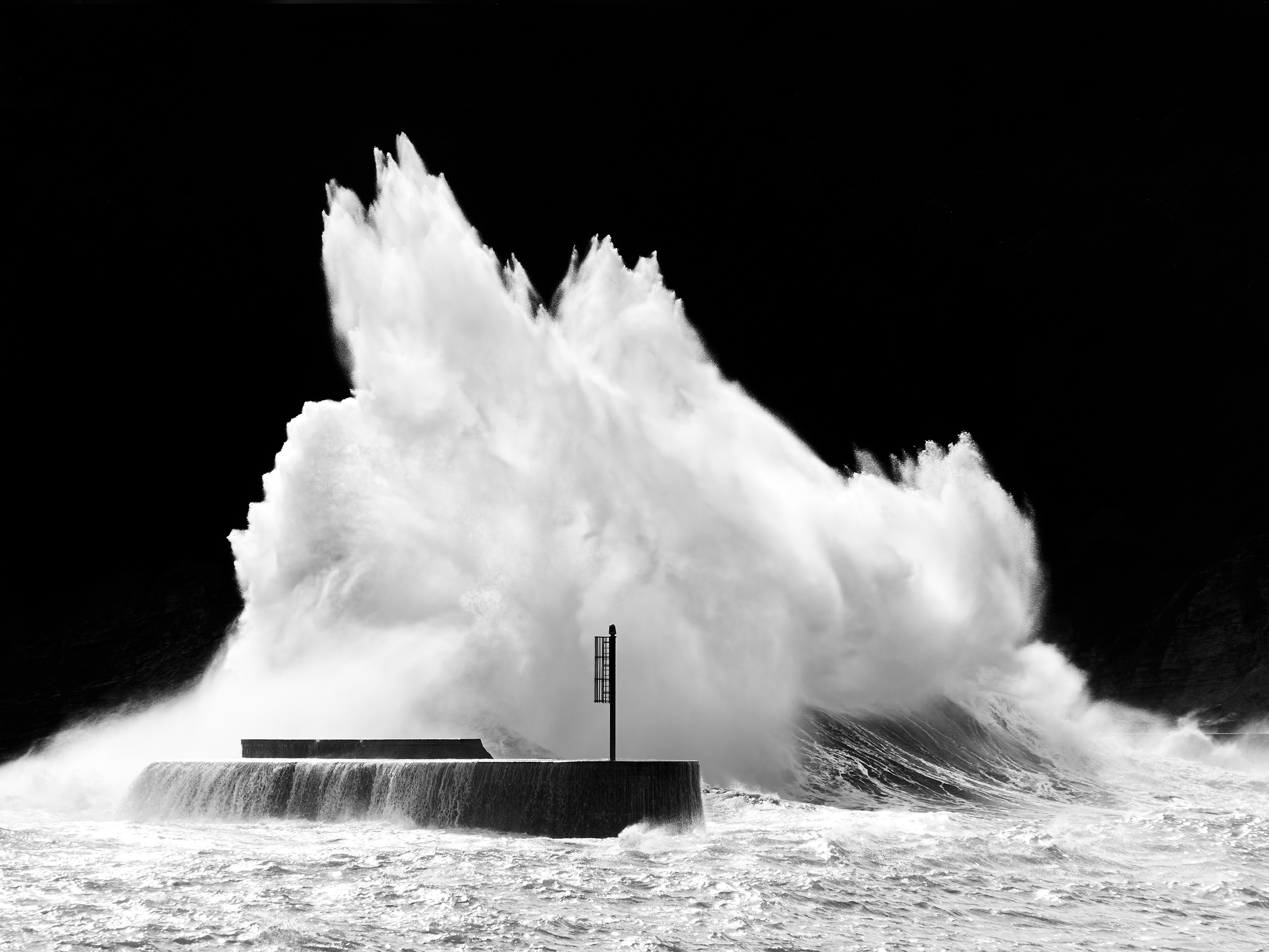 When Your TV Binge Doesn't Flow

Binge-watching is growing and content creators are rising to meet the demand. But making it profitable presents a few specific challenges.

Here’s a multimillion dollar question: how do you predict a binge-worthy show?

The question is not as trivial as you might think. Binge viewers are a growing audience, and some research suggests that the behavior might be addictive—meaning there will be even more of them in the future because addictions spread.

For creators, a binge-worthy program presents two sizable challenges. Some binge-worthy content is released in a traditional, episodic format on traditional networks like CBS and HBO, while others are delivered in lump sum through streaming providers like Netflix and Amazon. The challenge revolves around the growing audience of consumers who prefer to watch the content in one big binge, with some going so far as to delay their viewing of the content until it has been released in its entirety. That’s right. They record every episode or download it from Hulu or Netflix once the season is over in order to step through it in a big binge batch. Granted, this audience is not anywhere near a majority, but it is growing. For a content-creator, this can create a big disadvantage. Namely, if you’re trying to convince your network to renew your show for another season, you’re losing viewers in the traditional Nielsen cycle of ratings and feeling less power than you might if the bingers tuned in in real-time.

The second challenge is related to the shows that release all of their season episodes at once, like House of Cards or Orange is the New Black. Most television writers have adjusted their content as they processed feedback from the audience episode by episode. The audience feedback from episodes one and two might influence the writing of episodes 10 and 11. This loop is part of the back and forth between storyteller and audience. It’s the same kind of audience engagement that makes theatre so compelling. Every audience is a little different and great actors adjust their performances here and there to adapt to the audience in front of them. But when you air 13 episodes all at once, the loop is disrupted, generating a lot of pressure on creators to get it right right out of the gate. It’s the television equivalent of burning the ships at the shore. 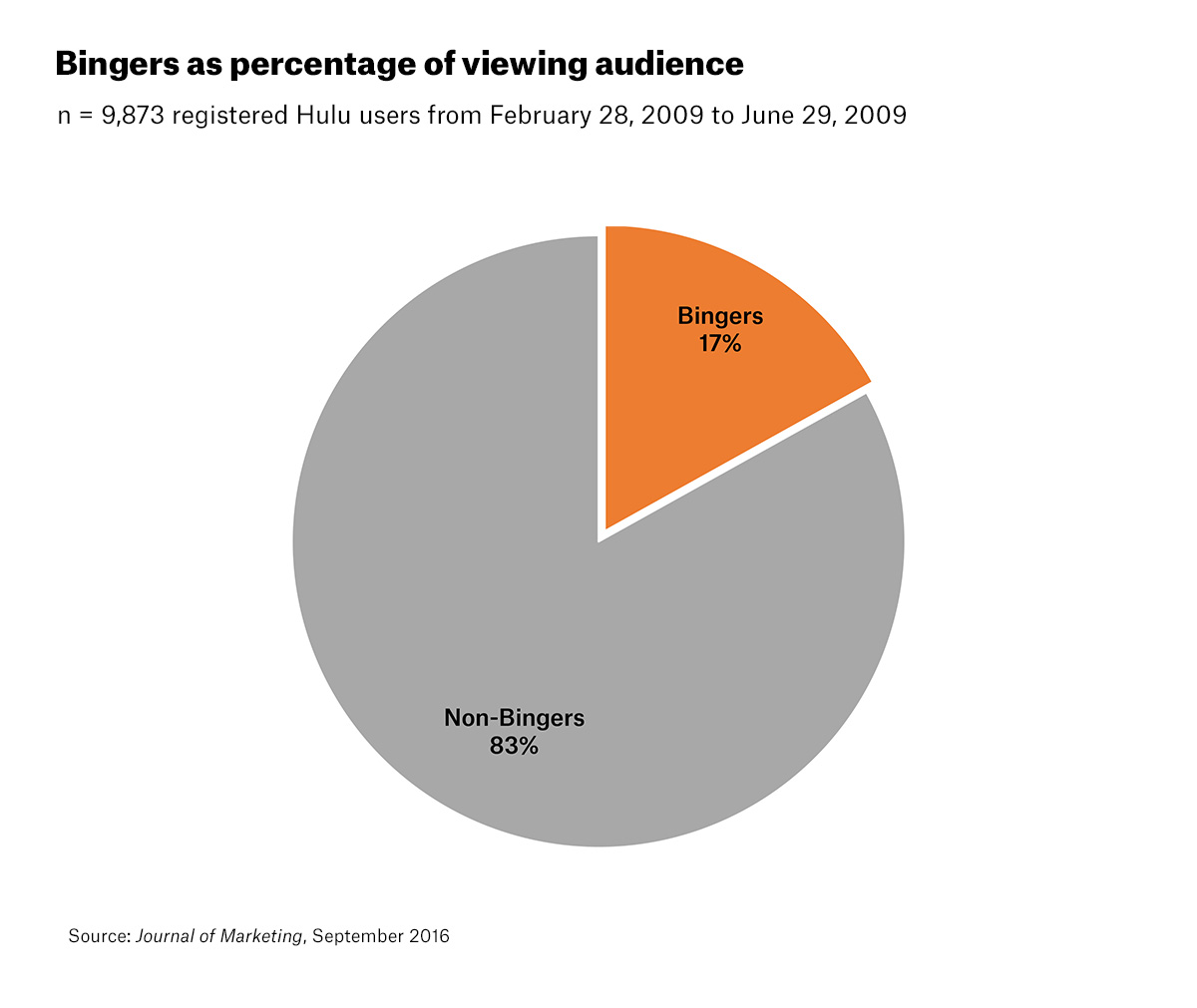 But Binge-watching also creates exciting opportunities for creators. They can think on a grand scale and worry less about the necessities of episodic formats—like reminding audiences what happened in the last episode. The stakeholder that is most effected by the binge-worthiness of a program is the advertiser—and it’s not the effect you probably imagine. You might think that a good binge affords an advertiser a good, long impression. New research published in the Journal of Marketing indicates that advertisers get less bang for their buck when sponsoring a binge-worthy show.

To understand why, we have to delve into the mind of the binging audience. Binge watching stimulates “flow”—a feeling characterized by “focused concentration, intrinsic enjoyment and time distortion.” Flow is why binging is addictive. And flow begets demand for more flow—the more you’re in it, the more you want to stay in it. Disrupting flow leads to dissatisfaction and the end of a viewing session. That’s why traditional advertising is unwelcome.

The JM study modeled actual viewing behavior on Hulu and found that advertising not only disrupted viewing patterns, but it also was less effective on bingeable programs. This was particularly true for ads that ran later in the binge-run. Advertising response rates for bingers were categorically lower than non-bingers, but they plummeted for ads that appeared in videos staged later in the binge session. The data suggests that a smart advertiser would do well to stay away from the most binge-worthy programs. They should also push their ads to the front of the binge. 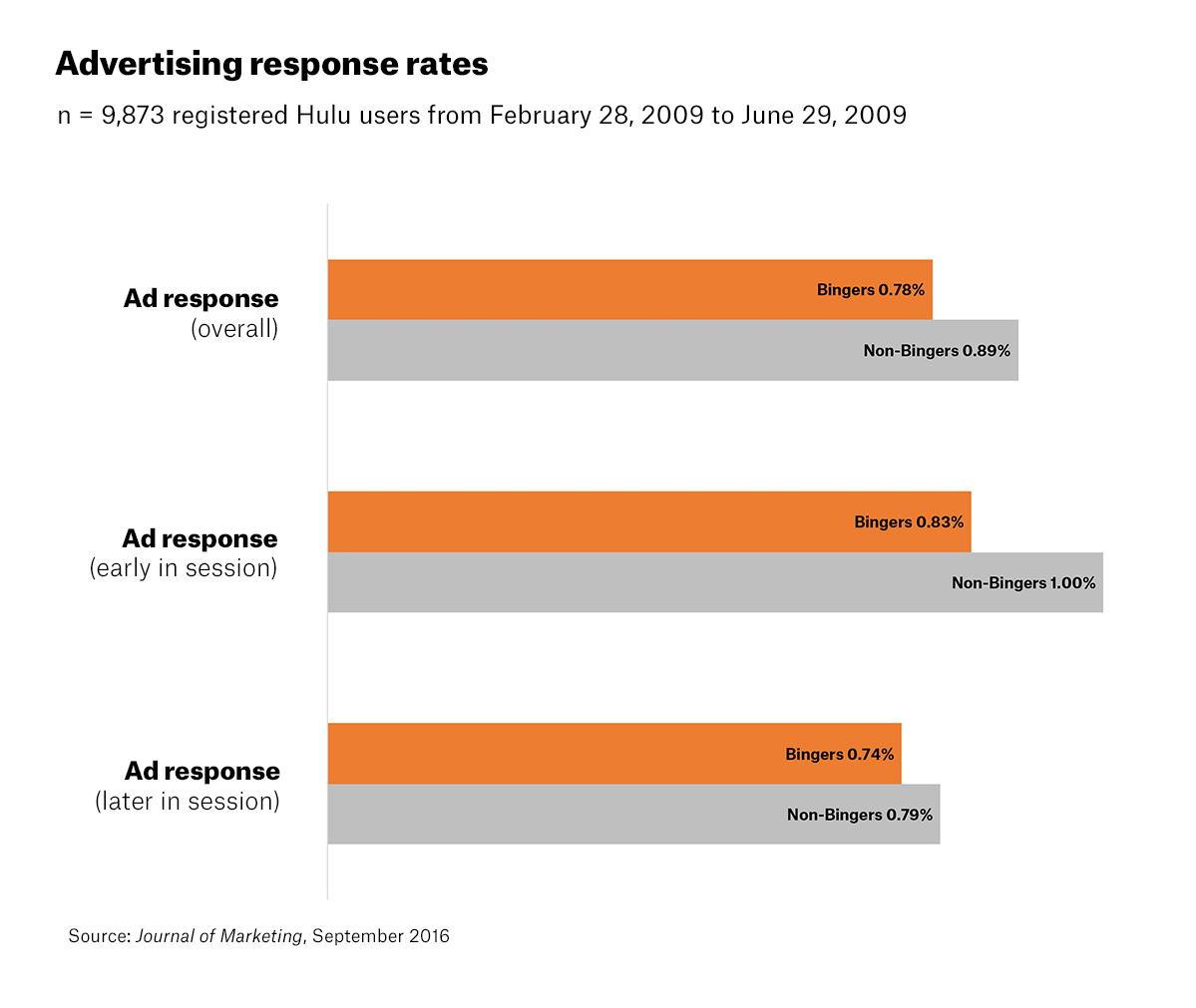 A few caveats are in order. First, we don’t have a lot of data about binge viewing behaviors because Netflix, Hulu, Amazon and Apple are notoriously opaque with their datasets. Also, though the study was published last month, the data was captured in 2009. A lot has evolved in the binge viewing universe since then. Finally, as someone who has curled up in bed on occasion and powered through an entire season of a program, I can say that advertisers need to be more creative in their executions and placements. Repeatedly placing the same ad at every break does little to prevent use of the fast forward button on the remote. It’s time for advertisers to create binge-worthy ads—perhaps a series of interconnected stories that create a separate level of flow. For those old enough to remember, may I suggest something like the Taster’s Choice series from the 1990’s.

Of course, if they’re not up for the creative challenge, they can return to my original question and set out to predict what’s going to be binge-worthy or not. Good luck with that.