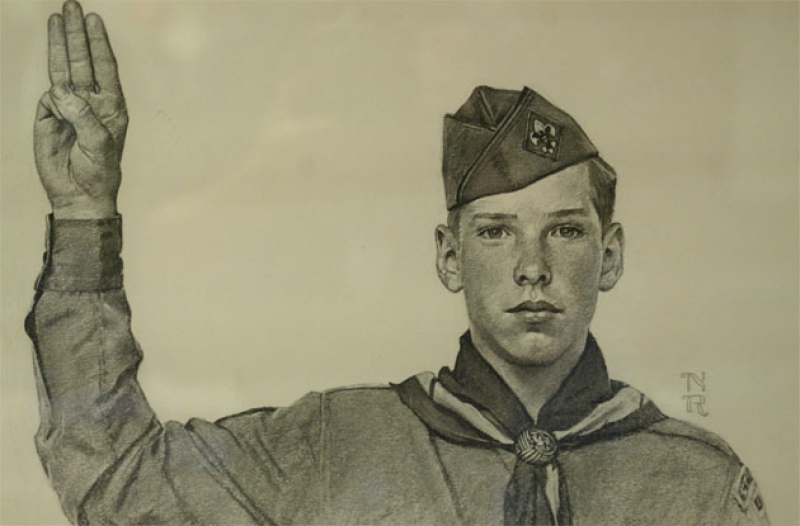 There are many words used to describe a brand's platform. But one word is often conspicuously missing.

Imagine that you and I can eavesdrop in the team rooms of some of the world’s leading brands. We sit there inconspicuously listening to the conversations they have about their brands. We’d keep a tally of the keywords that pop up again and again. Invariably, we’d see that positioning, promise, purpose, strategy, image, identity and personality would have very high scores. Our glossary would also certainly include words like voice, values, attributes, and architecture. But there’s one word that I’d be willing to bet we’d never hear in all our snooping: honor.

Last week I read Kwame Anthony Appiah’s intriguing book, The Honor Code. Appiah argues that the word honor has been hijacked and a bit lost in our modern world. What we now see on a bumper sticker designating the parent of an academically proficient middle school student was once a word that men and women would risk their lives in order to protect. Appiah makes a compelling argument that many of the world’s most troubling moral atrocities (slavery, foot-binding, etc.) were quelled by an appeal to a national sense of honor.

It got me to thinking about the role of honor within a brand organization. Business managers work tirelessly to get people to like and favor their brands because favored brands can lead to better sales with higher margins. However, likeability can be a fickle companion. To be liked, brands work on their cool factor, their image, and their satisfaction scores. This desire to be liked is so blatant that we regularly hear customer service personnel lobby us like the service technician who recently came to my house to install a new television. When he was done, he said, “Sir, you’re going to get a call from a customer satisfaction representative asking you about my service. On a scale of 1 to 5, can I count on 5’s from you today?”

Now, a short burst of energy to curry favor here and there isn’t much to worry about. But in highly competitive categories this pursuit of likeability can become an ongoing endeavor that leads to an alignment challenge because the brand will do anything to be liked, rather than doing the right things that make a brand distinctive, valuable, and … honorable.

Appiah wrote that “a person of honor cares … not about being respected but about being worthy of respect.” This was the honor code of ages past—the code that led men of nobility to duel in order to protect their sacred honor. They didn’t duel to look cool. They dueled to protect their honor, a valuable but intangible asset that was connected to their identity. That asset had a benefit for their entire family. Honor was not only a vital part of who they were in the moment, but a part of their life they could bestow upon their future generations. It’s telling that the very first words of the Boy Scout Oath are, “On my honor…”

Brands need to spend more time thinking about what makes them honorable. What are the values they hold sacred? What behavior is deemed profane? To what degree will a management team be willing to make sacrifices in order to preserve the honor of the brand? What business are they willing to walk away from?

In Brand RealI share the case of Washington Federal, a large retail bank headquartered in Seattle, Washington. The management team at Washington Federal puts great stock in its honor. The bank does not commission its sales people because it wants its customers to know there is no conflict of interest. The bank prides itself on occasionally saying no to a customer because it is in the customer’s best interest. For example, Washington Federal purposefully excluded subprime mortgages from its product line when most banks were cashing in on massive profits. To the team at Washington Federal, the established mechanics of a subprime mortgage was a dishonorable business practice because it created too much risk for customers and shareholders alike. The reward for this commitment to honor is evident in its history. The bank has never had a layoff in more than 100-years of service. With over 160 branches in 8 western states, Washington Federal is proud to be listed as one of the most efficient of the 100 largest public banks listed by SNL Finanical, with above-average return on assets, and 116 consecutive quarters in which it paid a cash dividend to its investors.

So I end this post with an appeal to entrepreneurs, to business managers, and to the leaders of causes. To build and maintain the brand you aspire to, establish a culture that will establish and defend the honor of your brand. You cannot accomplish this goal by delegating to the “branding department.” Honor is preserved from the top-down and the bottom-up. The best brands instill a cultural pride in the honor of the brand.