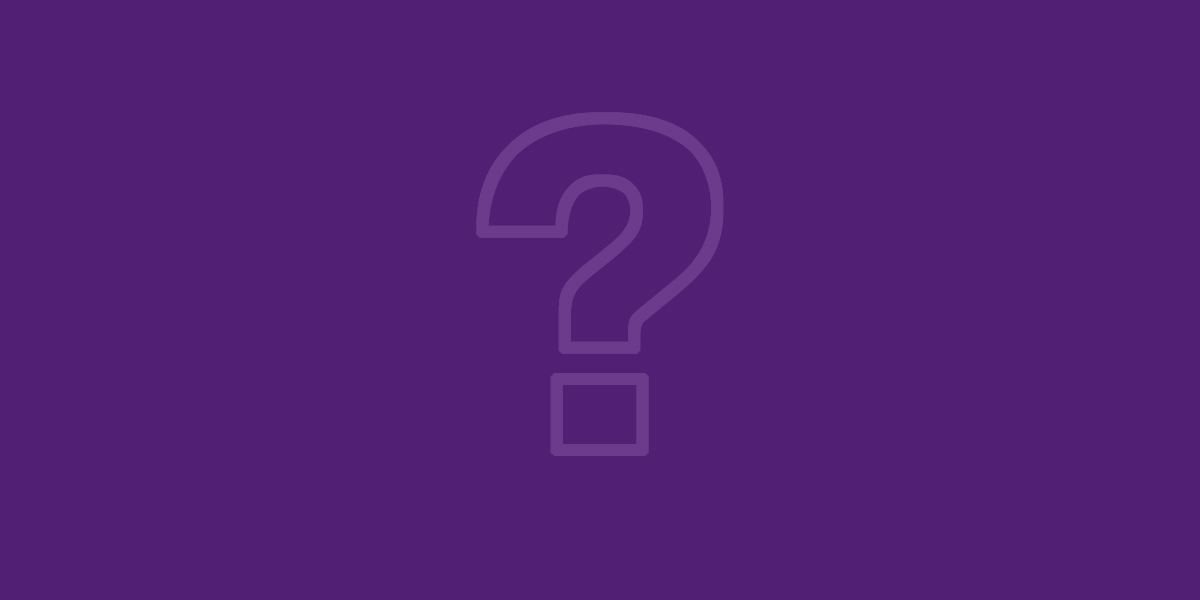 Great stories hinge on a question. This is as true for the great American novel as it is for a business report. To tell a better story, lean on your question.

My first “real” job was working for James A. Doolittle, a Los Angeles theatrical producer who was something of a legend in his own time. Mr. D liked to hire assistants who graduated from his alma matter, USC, and I found myself in the right place at the right time. I think I may have been the last of the long series of USC alumni who counted a tour of duty with the old man as a proud rite of passage. He was in his eighties then. I was about 23. A few years later, after I finished business school, I realized that all I really needed to know about business I learned from Jimmy Doolittle.

Mr. D had a cantankerous side that is lovable in memory, but occasionally torturous in the moment. He liked things done a certain way, and when he was focused on a specific outcome from someone on his staff, it was an awkward office experience. You didn’t want to look, but you sort of had to.

He had one very acute pet peeve. When he asked a question, he expected a direct answer. Everyone once in awhile he’d ask a question and someone would start in with a lot of preamble and explanatory information. That’s when he’d stop them.

“Dear,” he would say (I was the only other male in the office and he called all of the women ‘dear’. I was known simply as “the boy.”) “Dear, I asked you a direct question. Just give me a direct answer.”

On many occasions, even after his correction, the person would ramble on a bit more with extraneous background. That’s when the rest of us would put our heads down and do everything we could to avoid eye contact.

Mr. D would berate the rambling soul. He’d tell them how simple it really was. He asked a question. Just answer it. If he wanted more detail, he’d ask.

I share this memory from the Doolittle playbook because it gets at one of the most prevalent problems in business presentations: the presentation either doesn’t answer the question in the audience’s mind, or it takes way too long to get to the answer.

See if this sounds familiar to you. You go to a meeting and the host fires up a PowerPoint deck. After a provocative title slide, the next slide is an agenda. It seems innocuous enough, although I secretly hate agenda slides. What do they really do? An agenda is something you send out before a meeting so the audience can prepare. Why do you need it in your deck. In my experience, most people skip over the slide anyway. But that’s another post.

Your presenter carries on with several slides that talk about the work they’ve been doing, but these slides don’t do much to address the question. Instead, they’re the equivalent of “showing your math.” It’s a common mistake. Presenters think that audiences really care about how hard they’ve been working, when what they really want is an answer to the question.

At this point you’re fidgeting in your seat wondering what you’re doing here, perhaps eyeing your iPhone with the temptation to check your email. The presenter digs in and shows you slides that jump to an action plan. But you’re a little lost because you aren’t sure why this action plan is warranted in the first place. You’ve still got questions. Did we make a decision? Do they want you to do something? The presenter gets to a “next steps” slide and concludes the presentation, at which point all the questions everyone has asked in their heads pour out into the room, beginning a discussion that gets to the meat of the meeting—a meeting that could have started 30 minutes ago. That’s a wasted storytelling opportunity, and a poor use of media.

Every presentation should answer a question. Period. End of sentence. Before you write your next great PowerPoint, ask yourself three questions:

Sounds simple, doesn’t it? Yet I’ll bet that if you think back on the presentations you’ve had to sit through that were absolutely tedious, it was because your presenter didn’t really focus your attention on a key question and left you in the dark on what needs to be done.

Storytelling is a series of questions and answers. Before we first meet Hamlet, we are curious to know why a ghost appeared to his friends. Then, we want to know why Hamlet is so disgruntled. We ask if his mother was complicit in his father’s murder? We want to know why he’s got a strained relationship with his ex girlfriend. Shakespeare works hard to create questions in our mind, and then he answers each and every one. It is the series of questions and answers that keeps the story moving along. The same should be true of your presentations. When your audience sits down at the end of the conference table, what question is going through their mind? Don’t wait too long to address that question. And make damn sure that you answer it.

Perhaps you’ve been given an assignment to investigate an issue and this is the meeting where you’ll report back on what you’ve  learned. Your presentation should lay out the question behind the investigation within the first few slides. I sometimes counsel my strategists to begin their presentations with the least controversial subject matter, and then use questions to lead the audience into the more controversial parts — the parts where you have to convince your audience to do something. That least controversial subject matter is often the question itself. “We’re here today because we need to decide if we should launch a new brand for product X.” If that was your assignment, you just primed the audience with a question: should we create a new brand. Now, they know why they’re here. They know what you want from them. And they probably have a stream of questions popping up in their head. Get on with answering them. A lot of presentations fail because it is at this point that the presenter elaborates on all the work they’ve been doing, or they provide a history lesson with a load of background research. That approach is rarely effective because the audience wants you to answer the question. They want you to answer linked questions or address issues related to the bigger question.

When I coach strategists to get to the answer, they often misinterpret it as meaning the answer has to be on the very next slide. That’s sometimes the case, but you can keep an audience engaged without skipping to the end. Let’s return to our previous example. You have to persuade your audience that they should create a new brand for Product X. Questions they might be wondering about could include: why the old brand won’t work for Product X? Whether or not they can afford to launch a new brand? How much would it cost to create the new brand? What kind of return could we expect? How would we go about launching the new brand? Do we know how to do it? There’s a litany of questions that are probably lingering in their mind that you have to answer in order to support and conclusively answer the bigger question. These questions should guide every word or image you put into your story. Within the first few minutes of Hamlet we are presented with a big question: will Hamlet avenge the death of his father? Shakespeare uses the next three hours of stage time to answer that question. He keeps us engaged by layering on new questions that makes us want to learn more and add depth to our understanding. Jimmy Doolittle wouldn’t have stopped Bill Shakespeare midway because Shakespeare does a masterful job of raising a question and getting right to the answer. Your presentation should do the same.