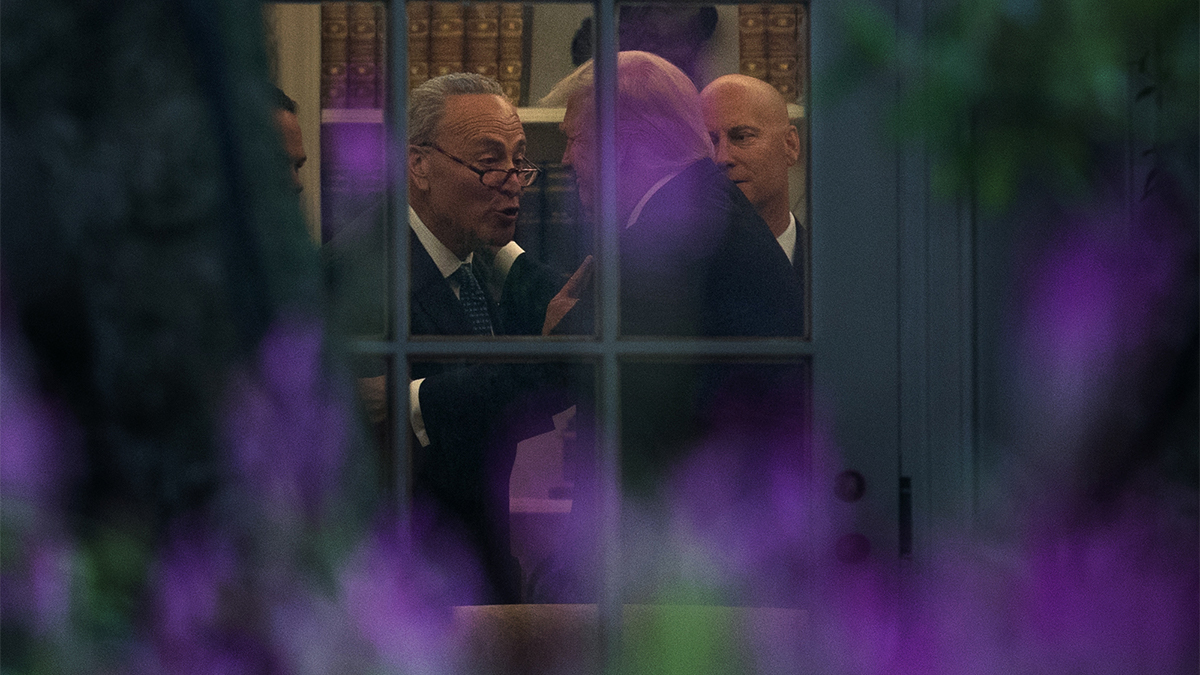 Though it’s growing harder and harder to assess which news was most shocking at the end of each week, President Trump’s deal with Democratic lawmakers caught many on both sides of the aisle off-guard. The media buzzed over the voyeuristic image of the President locked in an embrace with Senate Minority Leader Chuck Schumer. While politics is most certainly not the subject matter of The Findings Report, that headline image raises an interesting brand-related question: How much does the deal help or hurt either party’s brand?

I’ll phrase it a different way. Does that now famous photo of the President embracing Senator Schumer bless or curse Donald Trump? The question, of course, depends upon whom you ask. While it may seem trivial to put so much stock into a photograph, the truth is that there is a real phenomenon known as brand contagion–a cognitive process by which one brand can bless or curse another brand based solely upon their proximity to each other.

I wrote about brand contagion in the opening chapter of Brand Real, in which I discussed the political conundrum of “No Child Left Behind.” A cadre of legislators and lobbyists wanted to rename the Act because they believed that its close association with George W. Bush had tainted it. My point in that discussion was to discuss the folly of a name change to solve a substantive policy issue. Yet the underlying phenomenon is the same. Two brands interacted and one brand (NCLB) was perceived to be contaminated as a result.

Brand contagion has real-world implications. Many brands are forced to consider contagion effects when they forge partnerships and strategic alliances with others. In an ideal world, such alliances have mutually beneficial transfers of brand meaning, as when BMW partnered with Louis Vuitton a few years ago. That partnership yielded more than a great product fit of bags custom-designed for BMW’s sporty i8. It also created meaningful equity transfer of luxury and craftsmanship attributes.

Contagion can also happen within a brand’s own domain. For many years Microsoft has debated about the relationship between its master brand (Microsoft) and Xbox, arguably its coolest consumer brand. The enduring question was whether or not Microsoft would taint the sexiness of Xbox. Conversely, many rightly asked if a tighter connection between the two brands might not have the desirable effect of making Microsoft cooler. (To date, there remains a lot of creative distance between the two brands.)

Two studies from the past offer some interesting guidance on such questions. My favorite appeared in a 2008 edition of the Journal of Marketing Research. In that study, researchers conducted experiments to assess how much consumer interest in a product increased as a result of seeing it touched by an attractive person. The experiments were conducted in a real retail environment using models posing as customers. When consumers saw the attractive person wearing the shirt they wanted to try on, they were more likely to purchase the item and more likely to rate it highly.

These conditions are slightly different than the White House bromance photo. With all due respect to Schumer and Trump, attractiveness may not be the prevailing force in that brand union. It’s more likely that disgust is the driver. And that’s exactly what a 2007 study in the Journal of Marketing Research investigated: How much does physical contact with something viewed as disgusting impact attitudes and preferences?

Before I share the findings, it’s worth a quick review of the power of disgust. Our brains are wired to protect us in ways that are sometimes illogical. For example, a few years ago 60 Minutes ran an interesting story about drinkable sewage water. Through the miracle of progress and technology we can now recycle waste water. In fact, as reported in the story, the purity of this “reclaimed” water is often greater than that found in natural springs. Yet, the idea that the water may have once been in a toilet is too much for most people to deal with. That’s the power of contagion theory. All the science in the world can’t mitigate our subconscious “yuck” factor.

That factor is most pronounced when we perceive that one brand has come into actual contact with another. In the JMR study, researchers asked respondents to evaluate a series of items in a shopping cart. In the test condition, a package of unopened feminine napkins rested gently on a package of chocolate chip cookies. In the control condition, the items had visible space between them. Respondents in the test condition consistently indicated that they were less interested in trying the cookies.

So, to answer the question of who benefited and who paid a price in the Trump-Schumer embrace: it was probably an equal loss. Because of the power of disgust, it is unlikely that Trump fans found Schumer more attractive, and vice versa. Rather, each man probably got somewhat contaminated in the psyche of their base.

For marketers, there’s a lesson to be learned from this vestigial instinct in our brains. Proximity matters. If you want a halo effect–a gain of consumer interest from a third-party brand–then get as close as possible. Put those logos right next to each other. If possible, have them connect through shape, space or color. On the other hand, if there’s any risk that one brand can curse the other, create distance.