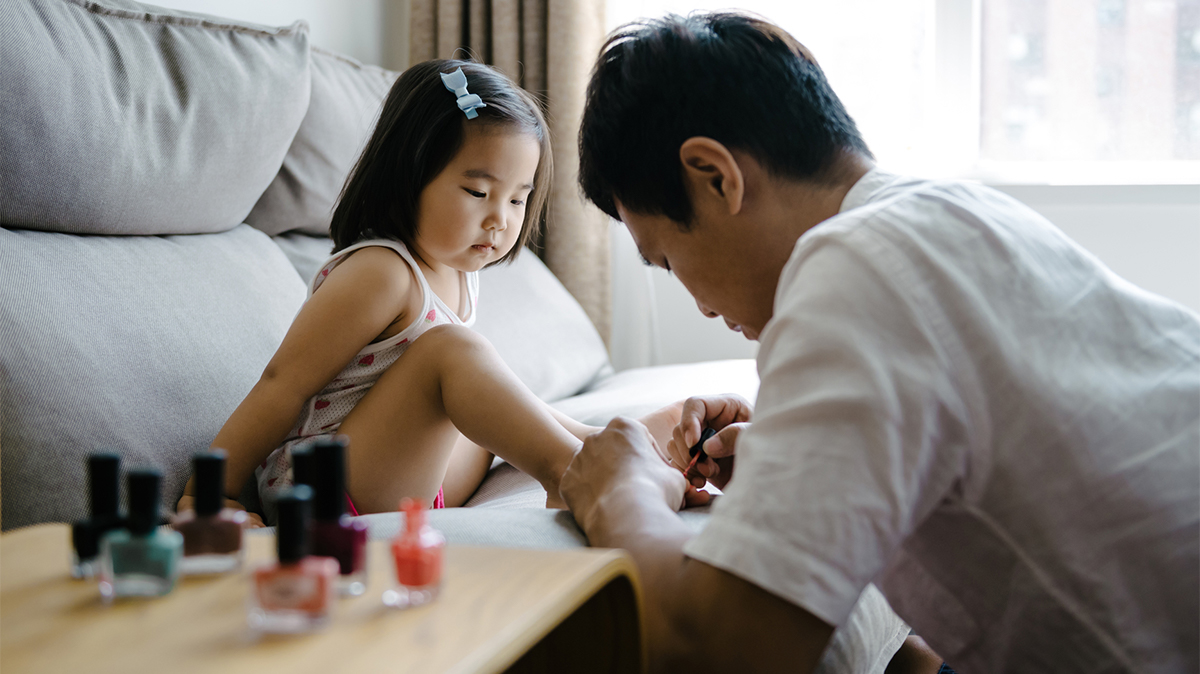 When Father Wants To Know Best

There's a new generation of Dads emerging. They're more engaged, more excited ... and more insecure than their predecessors.

It's an interesting time to be a parent in America. Last year, the birth rate hit a historic low, at 62 births per 1,000 women. Provisional estimates for August, 2017 indicate the trend is continuing.

While we're having fewer babies, we are also taking a new approach to parenting. Nowhere is this more evident than in two segments of the parenting population: Millennials and dads.

You may be sick of hearing the M-word, but this moment in time is an important inflection point for the generation-that-shall-not-be named (those born in the 1980s and '90s). This year, more than one million of them will become parents for the first time, according to the Pew Research Center. Demographers have been fascinated with Millennials because of their relative size and the circumstances of their coming-of-age. They were raised with a slightly older sibling called The Internet, and nurtured by a protective parenting generation that delighted in warning fellow drivers that there was a "baby on board." One would think that such influences would make them the most confident generation of parents in American history. The early data somewhat confirms this hypothesis, with one notable exception.

According to Pew, more than half of Millennial moms say they are doing a very good job as a parent. That sentiment is markedly different than the opinions of Gen X and Boomer moms. It's possible that part of that statistic is tied to age and the youthful optimism that often accompanies parenthood. But the data divides when we factor in gender.

Dads are getting their heads in the game more than ever before. Disappearing is the old notion of being the family provider at the expense of quality time with children. There's good reason for that. Sixty-six percent of family households are now dual-income. We've also experienced another historic accomplishment: there are more than 2 million stay-at-home dads in the US. That number was rising steadily before the recession, and many studies show the statistic climbing again.

Even when they don't put the job aside and stay home with the kids indefinitely, many dads are taking extended parental leave. In fact, EY (formerly Ernst & Young) listed paternal leave policies as an important competitive advantage for companies that wish to attract the best employees. According to their studies, 86% of Millennials are less likely to quit if paid parental leave for men and women is offered. EY follows its own advice. Last year it instituted a new policy that extends 16 weeks of paid parental leave to all employees, establishing a new norm in its industry.

Which brings us back to that unique junction of Millennials and fathering. While 57% of Millennial moms gave themselves high marks for their performance as parents, only 43% of Millennial dads felt the same. Contrast that with nearly equal self-performance scores for Boomer moms and dads. It seems the role of parenting has become more significant to Millennial dads. More than half say that parenting is important to their identity, according to Pew. That's about the same as moms. But dads are more likely to say that parenting is enjoyable all the time.

It's not entirely surprising that more dads than moms would say time with kids is always enjoyable. The reality persists that moms still take on more of the burden of childrearing. Yet, in the same study, most dads said they don't spend enough time with their kids. This is surprising because they also reported that they spent more time with their kids than their own fathers did.

In a study I fielded earlier this year for a client at UTA, I found some of the same conflicting delights and concerns. My team asked 600 American dads which parenting issues most interest them. The issues included everything from "finding more time to do things on my own" to "maintaining a satisfying sex life." The top three topics were "finding interesting things to do with kids and family", "identifying activities for my children", and "reducing stress." But Millennial dads were different from other generations on one key issue: "feeling more confident as a parent." 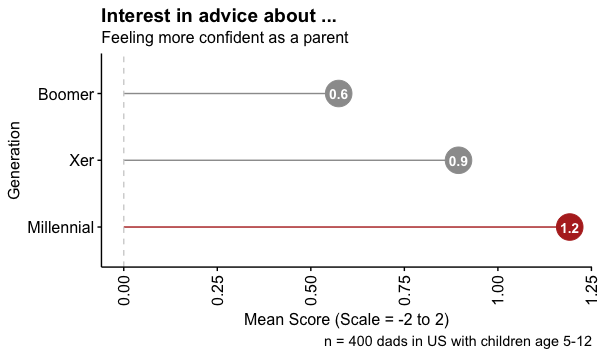 My first inclination on seeing this data was to assume that age might be the real factor—both the age of the parent and the age of their child might contribute to a lack of confidence. However, when I looked at the different age breaks, I noticed a statistically significant difference for Millennial dads in every age grouping. It was most striking when I isolated dads with children between the ages of 5-12. Unlike dads in other generations, whose interest in such advice declined as their child got older, Millennial dads with grade school children continued to have strong interest on advice about feeling more confident as a parent.

In this context, I suggest we consider a new market segment: The Diffident Dad. He wants to get the most out of his time with his child and his family. He wants to be more present as his child grows up. He wants to contribute in a meaningful way. But he's not sure if he's doing it right.

Several new daddy-focused brands are emerging to address this concern. One of the most interesting is Fatherly—a digital destination for "men who want to be great fathers without turning into cliches," according to their site (full disclosure: UTA—where I work—is a minority investor in Fatherly). With headlines like "I Learned How to Be a Better Father By Going to Death Metal Shows" and "How to Stop a Bed from Creaking During Sex," Fatherly is offering practical advice that doesn't feel neutered. It's not alone. Even mainstream publications such as Esquire and Mens Health have waded into paternal waters.

All of these are examples of a relevant trend marketers should follow. While there may be fewer parents proportionally in the years to come, the new generation will be more attuned to family engagement than possibly any other generation, and the focus of that engagement may not be the stereotypical gender. It's time to develop new products and marketing strategies that address both parents, and to consider the unique perspective of The Diffident Dad.