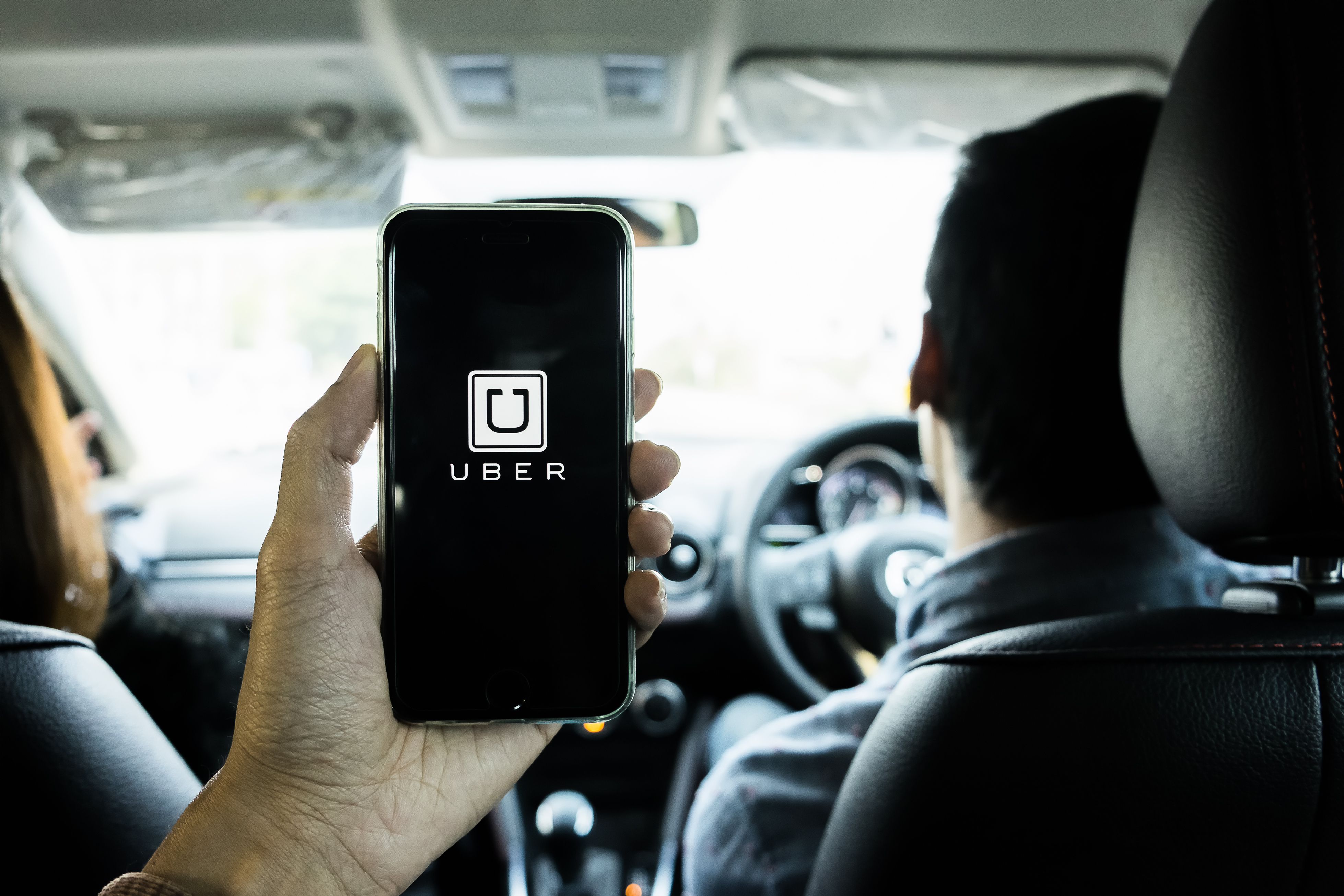 Why the Uber Brand is Probably Not in Danger ... Yet

Despite a spate of bad press and questionable behavior, most consumers will tolerate the Uber brand out of sheer necessity and proven behavioral economics.

Today I did something I’ve never done before. I did business with Lyft, the ride-sharing service. Don’t be mistaken. I’m not a nube to ride-sharing. I’ve been a loyal Uber rider for many years (with a stellar rating, I might add). Until today, I’ve never felt the need to try the competition. I’m very loyal to brands. Would you want anything else from a guy who preaches the gospel of building brand attachment and loyalty? You have to do a lot to make me switch. My decision today was deliberate and a direct reflection of the state of the Uber brand. The question is: was my action reflective of a broader consumer trend, or just the protest of a values-branding zealot.

Sadly, I suspect it is the latter—for the moment.

In case you’re unaware of Uber’s dilemma, let me refresh your memory. On Sunday, February 19th, former Uber engineer Susan Fowler blogged about her reasons for leaving Uber to take a new job at Stripe. Her post documented several troubling allegations about the company’s treatment of women and repeated patterns of sexual harassment. These allegations are not new. Uber has faced them several times before, but Fowler’s accounting was very specific and it ignited an immediate response from Uber’s top management and from public critics.

As if that was not enough, on Friday The New York Times published a story alleging that Uber has engaged in a pattern of deception in markets where local laws forbid the service. According to The Times, Uber developed a secret program known as Greyball, “which Uber created to root out people that it thought were using or targeting its service improperly.” Essentially, Greyball used complex algorithms and old-fashioned shoe leather to identify narks, and then kept these narks from using the service in order to avoid prosecution or service disruption.

A few years ago, after I spoke at a Silicon Valley event and used Uber as a branding case study, a number of my female colleagues advised me to take the content out—and to stop using Uber altogether. All of these women were credible, smart executives whom I greatly admired. While I heeded their advice, I kept on using Uber because the service is everywhere and convenient. After this week’s news I finally, belatedly, took action.

Therein lies the brand lesson. I have long been an advocate for equal pay and gender equality. I also believe that brands have an obligation to operate in a fair, legal manner. So, why has it taken me so long to switch?

The answer is both unsatisfying and cautionary. You should not expect to see many consumers following my lead. That’s the unsatisfying part. The reason is because Uber has aggressively leveraged its first-mover advantage. It has grown from near obscurity to a $70 billion valuation because it invested in infrastructure, much the same way that Visa did in the 1980’s.

Back then, Visa realized that the payment card battle could be won by gaining near universal acceptance—meaning that you could rest easy knowing that if a merchant accepted payment cards you could be 99% confident they accepted a Visa. Visa was “everywhere you want to be.” Uber has exercised the same play. Market-by-market, Uber is there, with vast armies of drivers and an installed-base that dwarfs competitors like Lyft.

I am one of many consumers that now takes Uber for granted. Going out to party with friends? No worries. I leave the car at home. I can always take an Uber. Frustrated by the taxi line at LAX? No worries, I’ll just call an Uber. Uber is ubiquitous in life. It is a verb. We Uber to another place. It is a constant necessity. And the prospect of life without Uber is anxiety-inducing.

We often measure the value of a brand through preference. How much do you prefer one brand over another? Some see this as the ultimate determinant of brand strength. However, what we deem preference is often misleading. I suspect that Uber would have very high preference scores vis a vis competitors, and yet I would also argue that Uber is becoming vulnerable as a result of recent events. The preference scores would not reflect this. Why?

The answer is necessary tolerance. Uber’s network of drivers is unparalleled, and as we have become accustomed to leaving our cars at home and avoiding the hassle of taxis we have also become reliant upon the brand. It can behave badly and we still won’t switch because we need it. We tolerate the bad behavior. If you dig into Uber’s brand scores I suspect you will find traces of my discomfort with the brand. Yet those traces don’t tip the scales of most people’s behavior.

This necessary tolerance is due in one part to abstraction. We may know of the sexual harassment claims or read about the government deception, but we don’t really link these issues to the utility of the service. Those issues don’t effect our everyday lives. While we sympathize when our attention is called to it, our attention easily wanes, especially when we need a ride home. These troubling stories and justified grievances don’t change our preference because they aren’t salient to us most of the time.

We’ve seen this particular behavior many times before, most recently with Apple. When damaging news reports emerged in 2012 that Foxconn, Apple’s chief contractor in the iPhone supply chain, caged in employees and created work conditions so troubling that several employees committed suicide, sales actually increased year-over-year. Why weren’t more consumers outraged? Why didn’t they switch to Android in protest? The answer: they really wanted that new iPhone and the troubles they read about seemed distant and abstract. Logically, these consumers understood the allegations. Behaviorally, they didn’t connect the inequity to their utility and desire.

Behavioral economics explains the second reason why we’re unlikely to see consumer activism swell around Uber. Switching requires a great deal of effort. I wanted to switch my ride-sharing to Lyft a week ago. It wasn’t until today that I took the steps to act on it (and I took several Uber rides in the interim). Switching required me to download a new app, go through the steps of establishing an account, and clicking the Lyft icon instead of Uber. That may sound trivial, but in consumer behavior that effort is mammoth. It’s the reason why, in another era, many lazy newspaper subscribers allowed papers to pile up in their driveways. They clearly weren’t reading their papers but they also weren’t cancelling their subscription.

Herein lies the cautionary tale. You don’t see too many papers piling in driveways anymore. At some point, the world changed and made it even more compelling for those subscribers to pick up the phone or go online and cancel. With driverless cars on the horizon, this disruption is very real for Uber. Though the company is banking heavily on its ability to compete in the driverless era, it needs to be mindful of its brand. When the disruption leap occurs, consumers will have a great opportunity to choose anew, and if the brand is connected to some fallible attributes, it may find itself on the defensive at just the moment in time when it needs brand to provide competitive advantage.

Microsoft knows this scenario all too well. In the 1990’s it became ubiquitous. Windows was installed on 95% of the desktop computers around the world. Its Office software was the de facto suite of tools every user in the world relied upon. But the brand soon became perceived as a bully. It faced and lost antitrust suits around the world. Its competitive practices were ruthless. Meanwhile, it racked up sales release after release. Industry pundits believed no smart consumer would ever abandon Microsoft.

Today, Microsoft is fighting hard to regain its advantage. Google Docs provided the disruptive opportunity for consumers to use another platform—virtually risk-free. And, more importantly, totally free. Smartphones and tablets have made the desktop operating system less relevant. And in this context, Microsoft’s brand history left very little rationale for consumers to be loyal. In fact, failed product efforts like the Microsoft Zune, made it seem downright crazy to some to stick with the brand.

In my mind, I’d love to believe that my action today against Uber is part of a broader movement. My experience counsels otherwise. There will be a legion of some who boycott the brand unless and until it changes. The reality is, however, that Uber will probably continue to grow and thrive as a business while its brand discovers a decline in goodwill. The cumulative effect of this ill will will have an impact, however—an impact that won’t be felt until disruption drives an opportunity for consumer consideration. At that juncture, all bets are off. Uber will either prove to be a brand that engenders consumer faith and trust, or it won’t. In the meantime, let’s hope that Uber changes its culture and its ways, so that more of us can return to being evangelists for the innovative benefits it delivers.