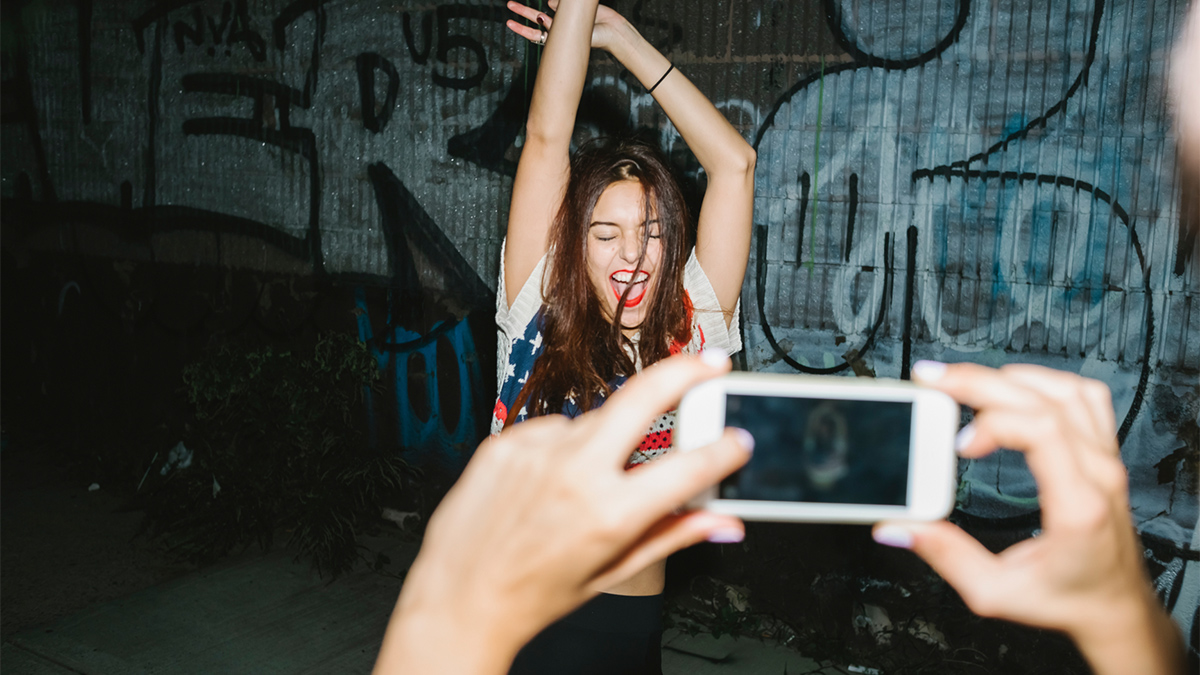 Marketing in the Time of Snapchat

Branding relies upon a story that lives inside the consumer's brain. But that story is changing in an era when stories appear and evaporate in a fraction of a second.

Every once in a while, I look back on old research. For fun. Think of it as Friday night for a nerd like me.

Last night, I re-read James B. Twitchell’s excellent and amusing article, “An English Teacher Looks at Branding.” Published in the Journal of Consumer Research in 2004, this short read argues that the power of brands exists because of the path that was paved in the late 19th century. Specifically, Twitchell claims that modern brands work because of the advent of the “pathetic fallacy” and Impressionism. The pathetic fallacy is our willingness to believe something we know is not true, like Frankenstein’s monster or an adventure that unfolds “a long time ago, in a galaxy far, far away.” Impressionism, as you probably know, was an artistic movement that relied on the viewer’s capacity to connect the dots, and interpret meaning from a sense of light and movement in rough brush strokes of reality.

both innovations transformed not just how stories got told but how the audience could actively participate in the consumption of, first, fictions, and secondarily, material goods.

He goes on to connect these innovations to the power of branding, as it was in 2004—a moment in time when (shockingly) the words “social media” really didn’t mean anything:

What separates our modern sense of community from others that have come before is that the ability to enter these communities depends not on lucky birth, skincolor, religious affiliation, or a host of other attributes usually installed at birth but a desire to consume both objects and their fictions.

And it got me to thinking. Questioning really. Is this still true? Many of us in the branding community have relied on this precept. We’ve operated on the model that consumers buy into a fiction, as Twitchell deemed it—a story that feels more real through the act of consumption. Sell the sizzle, not the steak.

I feel things have changed ever-so-slightly. The sizzle still sells, but it’s a new kind of meat. Kind of like the impossible burger. To understand, it helps to observe the bigger picture.

Where Americans source their sense of self

In the 1950s, David Riesman and his colleagues caused a stir when they published The Lonely Crowd. It was the unicorn of its time because it was a sociology book that became a national bestseller. At its core, Riesman argued that American culture had shifted from being “tradition-bound” to being “other-directed.” Americans were more concerned about cultivating an identity that impressed or satisfied others than they were in working towards ideals rooted in tradition and heritage.

There was a time when most Americans defined themselves by an implicit model that stated, “we are what we believe.” Not surprisingly, religion had an out-size influence on our behavior. So, too, did philosophy. The American Revolution occurred as a result of the fundamental belief in “life, liberty and the pursuit of happiness.”

But then another influence intervened. Our Puritan work ethic took over. It was not as much about what we believed, but what we produced. What we did. Our vocation or our avocation. And then came Riesman’s era, when we began to move away from identities forged on the foundation of our enterprise. It was no longer so much to say that one was a doctor or a lawyer, but rather to say that one drove a Cadillac or a Buick. By the ‘80s, this identity by consumption mode had run amok. Then it morphed into the Bourgeois Bohemianism of the 90’s, which made consumers feel better about their consumption of brands by drawing the focus inward. It was no longer about displaying your brand new BMW to your neighbors, but it was about the inner reward you felt making homemade mac and cheese, incorporating artisanal ingredients procured from Williams-Sonoma while cooking on a Viking range and using cookware endorsed by Martha Stewart. Today, a new form of identity has developed. And if you hope to have a successful brand, you’d best understand it. It goes something like this:

A few days ago, I heard a client of the agency explain this dimension best. He said, “I don’t really use social media to connect with others. I use it to promote my content.” Granted, he has millions of followers, but the basic idea is largely true for many users of social media. While lots of people do use social media to connect with friends, the motives are increasingly a form of self-promotion, projection, and curation. We are each crafting our own brand, projecting our own fictions and curating content to satisfy our audience; it is Riesman’s other-direction on steroids, enabled by a technology he could not possibly have imagined.

To succeed in this context, brands have to understand three powers of consideration:

Twitchell closes his essay with a pseudo-warning … or perhaps, a call-to-action:

I have glossed over the obvious problems of such a culture (clearly, it is wasteful and intellectually shallow for starters), but it may prove to be more fair and democratic than what has come before. Who knows? But this is a question that much of the world currently seems intent on deciding.