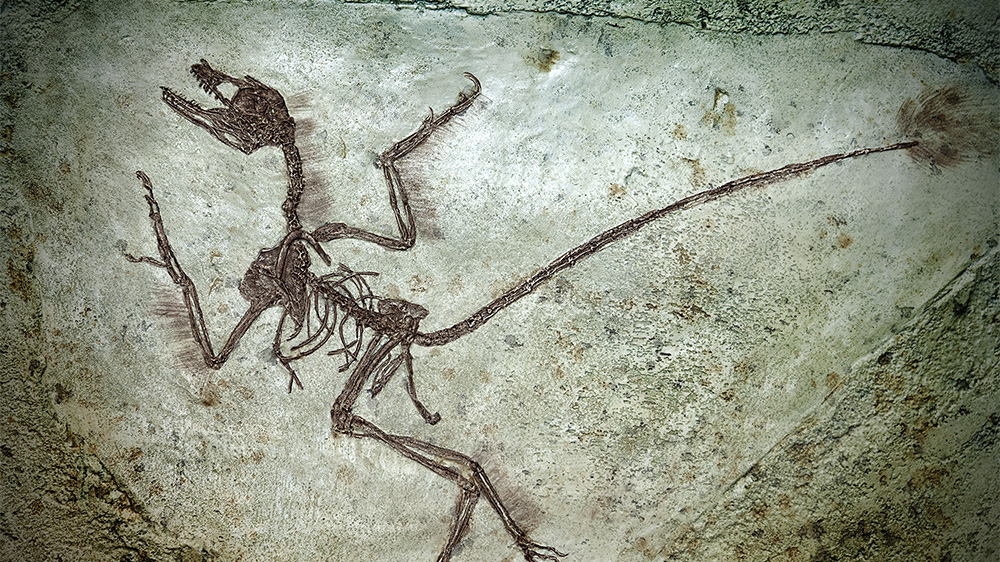 Brands are relying on functional positioning more than ever before, raising the question: am I becoming extinct?

Design-o-saur is a pseudo-pejorative expression in the branding community. It’s both an insult and a badge of honor. We use it to refer to old-school identity designers—the ones who came up in an era heavily influenced by the Swiss and hyper-focused on logos. There aren’t many design-o-saurs still with us. That’s why it’s a badge of honor. These lucky few followed the footsteps of legends like Walter Landor, Saul Bass, Paul Rand and Raymond Loewy. It’s entirely true to say they don’t make them like that anymore. But the term is also a bit of an insult because there is an increasing feeling that that approach to brand identity design is becoming less relevant. It’s facing extinction.

Logos still matter, but they are not required to carry the weight of the brand the way they once did. Today is the age of systems. There’s a proliferation of logos that are little more than word marks, but they are elevated by stunning photography, color palettes and storytelling content. Over the past decade in particular we have seen a trend towards generic identities. Consider the hipster movement a few years back. We were inundated with a sea of copy-cats, each less differentiated than the last, all sporting typography that was trending, not timeless. The marks were no longer tightly encapsulated hieroglyphs for the world of the brand. Instead, these marks serve as bona fides for the brand’s in-factor. They shout “we get it. We’re cool, too.”

While branding insiders discuss and debate the plight of design-o-saurs, we rarely discuss the other species nearing extinction: the strat-o-saur. I am afraid that I am a member of this species.

I began developing strategies for brands in the 1990’s, a kind of zenith point in the history of branding. This decade was the culmination of approaches to branding that first caught hold in the 1980’s and the era of conspicuous consumption. In my mind, 1984 was the pivotal year. That was when the Los Angeles Olympic Games were paid for almost entirely through corporate sponsorship—a milestone that is significant because it acknowledges how symbolic brands had become. The brands of the 1984 Olympics were as much the heroes as were Carl Lewis and Mary Lou Retton. By 1996, when the games returned to the US, brands had become so pervasive and influential that an entire village was constructed in Atlanta to celebrate them. Brands were much more than their products. They were lifestyles. They were mindsets. They were religion.

It was in this context that I learned branding. We weren’t strategists. We were planners. Our goal was to find nuggets of insight. We were consumer shrinks. Our job was to worm our way into our consumer’s head and find the deep cuts, the emotional cords that tethered our product or service to a resounding thread of the consumer’s very identity. We hunted for existential hooks. We layered in philosophy, writing manifestos and anthems that resonated with our target market because they stood for the intangible spirit that really motivated our consumer’s attitudes and behavior.

We all pined for our 1984 moment, a reference to Apple’s Super Bowl ad that channeled George Orwell to serve as the raison d'être for a new computer called Macintosh. The ad didn’t show the product. Instead it challenged norms and set an ethos. In so doing it rallied every creative branding misfit in America and around the world.

Cut to my reality a couple of months ago.

I am sitting in a sandwich shop on 3rd Ave in Manhattan. I’m by myself and can’t help eavesdropping on the conversation of two young men in their late twenties, seated to my right. They apparently work for a digital service brand. They are complaining about Curtis, their new supervisor.

“I’m sick of so many meetings,” one says.

The other, “and he has to stop talking about the brand.”

My ears perk up even more. I may have even leaned in to hear better.

“The only thing that matters is that the product works and the price is cheap,” the first one says.

I have the strongest urge to interrupt; say, “excuse me fellas, but I couldn’t help but overhear your conversation…”

I do not. Instead, I lose my appetite listening to their pragmatic and strongly opinionated dress-down of the power of branding.

Now, you can counsel me that these two were ignorant and if they knew maybe it would be different. You could say they’re simply outliers and that there are many others who bow to brand. But such kind consolations would be about as veritable as telling me the planet isn’t getting warmer.

My research in the past few years corroborates the point of view of these two impudent observers. The brands that are consistently scoring the highest marks are those that excel on quality and price. Case and point: Amazon. Each month that we run our brand attachment index scores Amazon outpaces all other brands on the list of 25 (which includes Apple, Nike, Starbucks and Disney) by a factor of two. You’d be hard-pressed to find an anthemic ethos behind Amazon. It is a rockstar brand, but its star-status is entirely driven by what it enables, not what it symbolizes. Sadly, I know this quantitatively.

That’s not to say that branding for an emotional and self-expressive connection is extinct. You and I could probably cite multiple examples right now. What has changed is that this approach is no longer the default position. In fact, I find it hard sometimes to convince senior decision-makers to consider the self-expressive side of branding. They look at it with disdain, as though it were maybe an option to layer in after we make our functional point.

I can write a functional brand strategy better than the average bear, and sometimes such a strategy is exactly what the brand needs. But just as the design-o-saurs struggle to exist when their sponsors care little for semiotic symbolism and the encapsulation of a philosophy through design, we strat-o-saurs struggle when our stakeholders find function alone to be sufficient; when an opportunity is missed to create a rallying cry that will drive the behavior of employees as much as it does the consumer. They’re not just words on a page. This is the approach that put us into the service of brands in the first place—the idea that brands could have more than a surface meaning.

Like so many aspects of branding, I think the current focus is cyclical. The pendulum swings functional and then swings back to the symbolic. Consider that blast in the 1980’s that influenced my generation of planners. It followed a chaotic decade in consumer culture: Vietnam, Watergate, pollution. The 70’s pushed marketers to functional extremes. We had the Pepsi Challenge, meant to strip all the hype down to a blind taste test. A slew of brands relied on “truth in advertising” while consumers themselves let loose in discos. By the 80’s that restless hedonistic energy birthed the era of conspicuous consumption.

As a culture, brands have been recoiling to functional norms since at least 2008. In the turbulent times of today, we should expect even more exaggeration in this regard as consumer trust plummets and the conversation around “fake news” proliferates. Yet, three weeks into the Trump era we are already seeing massive social activism. Activism is tied to something far more powerful than mere function. Activism relies on behavior that is driven by values and connections to one’s identity. That force may well spill back into brands. If this year’s Super Bowl ads are any indication, there may still be hope for a strat-o-saur like me.